Niclas Grönholm has likened the challenge of preparing for the FIA World Rallycross Championship’s electric dawn to GRX’s expansion to a two-car team four years ago – as the Finn forecasts exciting racing from the series’ fastest cars to-date.

Grönholm has been a consistent front-runner in World RX since GRX stepped up from a single-car effort back at the beginning of 2018, tallying six victories, four further podium finishes and placing inside the top four in the drivers’ standings for the past three campaigns – highlighted by third position in the title table last year.

In 2022, the 26-year-old will line up alongside Klara Andersson – the first permanent female competitor in the championship’s history – at the new Construction Equipment Dealer Team, and with barely a week now remaining until World RX’s electric era sparks into life in Hell, Norway (13-14 August), he has offered some insights into the Swedish outfit’s pre-season preparations.

“There’s been a lot of work,” Grönholm acknowledges, “but this is the kind of challenge I like. It’s a bit like when we started in 2018 with our new team. It’s that feeling all over again of starting something new.”

“There still is a lot of work and it’s going to be very last-minute, but we’re doing everything we can to be as prepared as possible. It’s obviously a big effort – we need to learn a lot of things in a very short space of time whereas normally we have a bit more time, so we just have to try to do everything a bit quicker than the other guys!”

“It’s so difficult to say where we will be with regard to pace, but hopefully we have made some good decisions and will be fast. These new cars will be quicker than before and the championship is full of talented drivers, so I’m sure the racing will be very good – even tighter than we have seen in the past. I’m looking forward to getting back in the seat!”

The FIA World Rallycross Championship’s electric era will race into life in Hell this weekend (13/14 August), at Ramudden World RX of Norway. Right after, World RX shall move to Latvia, for Ferratum World RX of Rīga-Latvia – doubleheader event at the Biķernieki Circuit scheduled for September 3-4.

SWEDISH STAR KRISTOFFERSSON MAKES IT FOUR FROM FOUR IN 2022 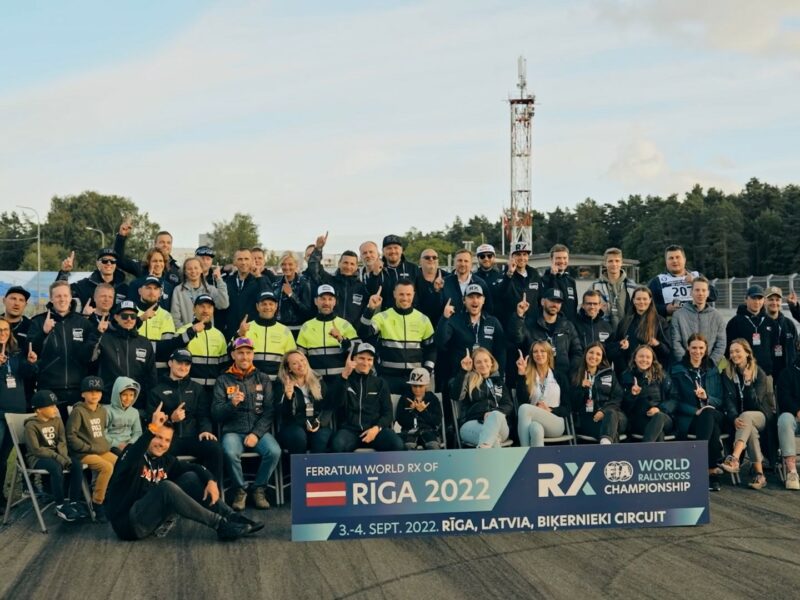